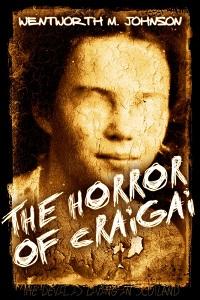 The horror of Craigai:The devil is living in Scotland

In olden times an alien craft crashed in the sea not far from Edinburgh. Its only surviving passenger burrowed into the ground and took up permanent residence. This deadly parasite from outer space controls all it surveys while the human population, its food, is unaware of the creature’s existence. In modern times a small self-appointed team of ne'er-do-wells take on the impossible task of saving the world. Unknown to almost all of humanity this horror resides in subterranean darkness beneath a Scottish moor. Armed only with guts, wits and a peculiar device called the PXI the human heroes try to unravel a centuries old mystery. Is it possible for a mere human to penetrate the dark secrets of an alien being? Can man overcome the stupendous odds?
Living on a diet of dissolved human flesh the alien creature blinds its victims to reality by using a mind-bending psycho-control. Inevitably there are people who are immune to the hypnotic influence of the alien—they have to be eliminated or at least neutralized.

The Cricket on the Hearth = 爐邊的蟋蟀

The Confessions of Arsène Lupin = 亞森羅蘋冒險系列之羅蘋的告白

Heart of the West = 西部之心

The Education of Henry Adams

A Vindication of the Rights of Woman

The Travels of True Godliness = 敬虔腳蹤行

The horror of Craigai:The devil is living in Scotland